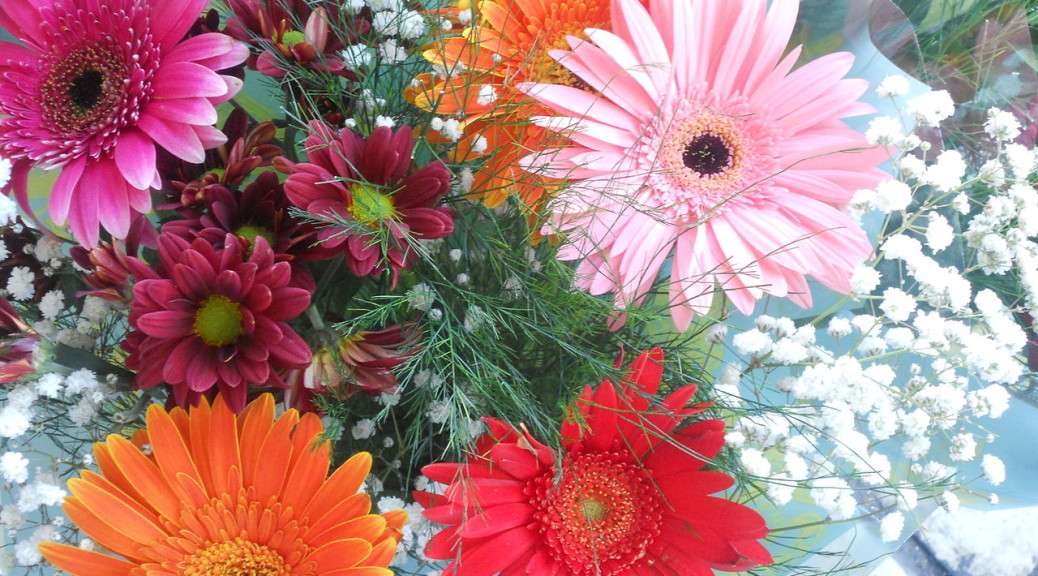 You buy women flowers but should you buy them for men and if not then what are the alternatives? I mean for those occasions when you want to say thanks, sorry or make gesture of appreciation. Or perhaps when you have completely forgotten someone’s birthday and need to find a gift at the last minute. I suppose there is no reason why you shouldn’t buy flowers for men but then it does seem a little odd doesn’t it? The trouble is that spontaneous gifts are something you need to conjure up quickly and could be for someone you don’t know very well. So what do you do?

On investigating this thorny issue I took a look at some forums to see what people, preferably men, were suggesting as the answer to the problem. I am a firm believer in the old saying that many a true word is spoken in jest and so I wasn’t bothered if many of the posts were merely attempts at humour, which indeed they were.  One comment that I saw posited that what men really want is sexual favours, alcohol, food and a trip or activity that would help them to relax. The brilliant response from another wag was that the perfect gift was clearly, therefore, lunch, a liqueur and a blow job on a pedalo!

The Way to A Man’s Heart

As most women probably don’t have a pedalo to hand and sexual favours are possibly not the most appropriate gift for your brother or your boss, this idea is may not be the perfect solution. However, I feel that the booze and food idea has legs if not the cruise (or the blowjob)! Few men would be disappointed at receiving their favourite tipple and the way to their hearts is allegedly via their stomachs. This point was well made in the forums too although many contributors suggested that the way to a man’s heart was located somewhat further south than his stomach!

Interestingly I saw no comments from men saying that they would love to receive flowers so that confirms that floral gestures are out. I guess it depends how well you know the proposed recipient of your gift. If you know them well then even on the fly you should be able to grab something that they would appreciate. If you don’t know them at all then you are clearly in trouble because I cannot find a single suggestion that would be a universal success.  I thought that a good bottle of wine might be the best idea and would work well but what if the lucky recipient turns out to be teetotal or to have a raging stomach ulcer (probably the result of overeating, drinking too much and being stressed from not having taken enough pedalo excursions).

You could buy chocolates, of course, but then what if the guy is diabetic or on a diet? Gosh this really is a dilemma. There genuinely isn’t a male alternative to flowers that I can find. That something which is always appreciated and which could not offend.  Gifts for men are a nightmare!