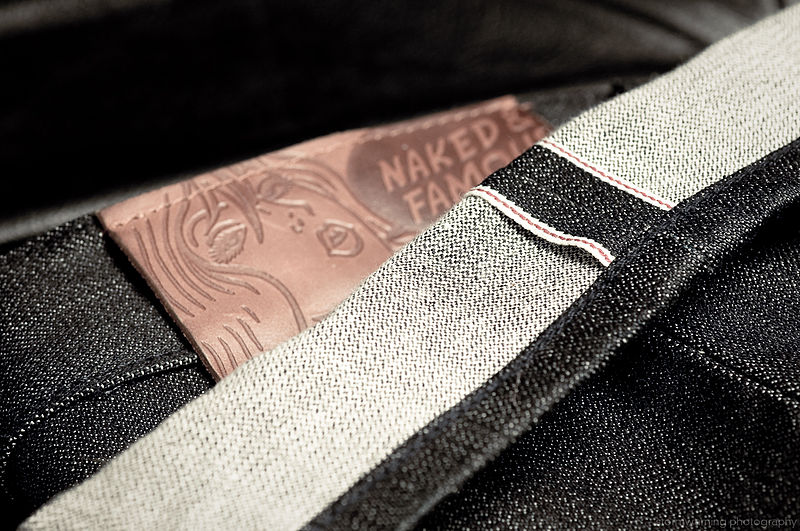 Fashion trends come and go, sometimes in the blink of an eye. Whilst jeans never seem to go out of fashion, trends for various fits and fabrics do.  We have fallen in and out of love with low rise, high rise, boyfriend, skinny, faded, distressed and coloured jeans and now it is selvedge denim that is top of the pops. If you are a fashionista then you are probably already wearing it, but if not then you might just be wondering what selvedge denim actually is!

Jeans were originally fashioned from a heavy cotton twill woven on shuttle looms. This fabric was called Serge de Nimes, a name which was eventually shortened to denim. Shuttle looms produced a tightly woven cloth using a continuous thread but the cloth was narrow. In order to ensure that all of the cloth could be used it was woven with a finished edge or self edge hence the term selvedge. This edge would not fray and ensured that the narrow cloth could be used in its entirety and that the resulting jeans had robust seams.

Jeans were originally work wear but in the 1950’s the on screen images of icons like Marlon Brando and James Dean saw jeans become popular for casual wear. There was a huge increase in demand for denim. This demand required the production of wider fabrics and also those which were cheaper to produce. Manufacturers switched to projectile looms which wove wider and often lower grade fabrics. This denim had open or frayed edges as projectile looms do not use a continuous thread.

Selvedge denim was out of favour but now it is popular once more. A thirst for all things retro has certainly played a role in the current demand for selvedge denim. The Japanese have always valued denim traditions and manufacturers there bought up old shuttle looms and began to produce selvedge denim the old fashioned way. These quality cloths are now used to fashion selvedge denim jeans which tend to be more costly than the usual high street affairs. Most selvedge jeans are offered by premium and niche brands. They are cut so that the selvedge of the denim runs down the seams and wearers like to turn up the bottoms so that a portion of the selvedge is visible. The selvedge generally has a coloured line running through it as a decorative detail.

Most selvedge denim is also raw denim which is a cloth which has not been treated to shrink, colour or distress it. Raw denim is also very popular once more as wearing in denim yourself creates unique fading pattern and moulds the jeans to your body. Raw denim is very stiff when new and requires breaking in by wearing jeans repeatedly without washing them. For some, this practice might seem a little extreme but for denim enthusiasts it is a labour of love.

Love it or hate it selvedge denim is generally of high quality and it will probably remain popular for the foreseeable. It does offer jeans lovers a certain look that many favour but getting that look is never going to be cheap!